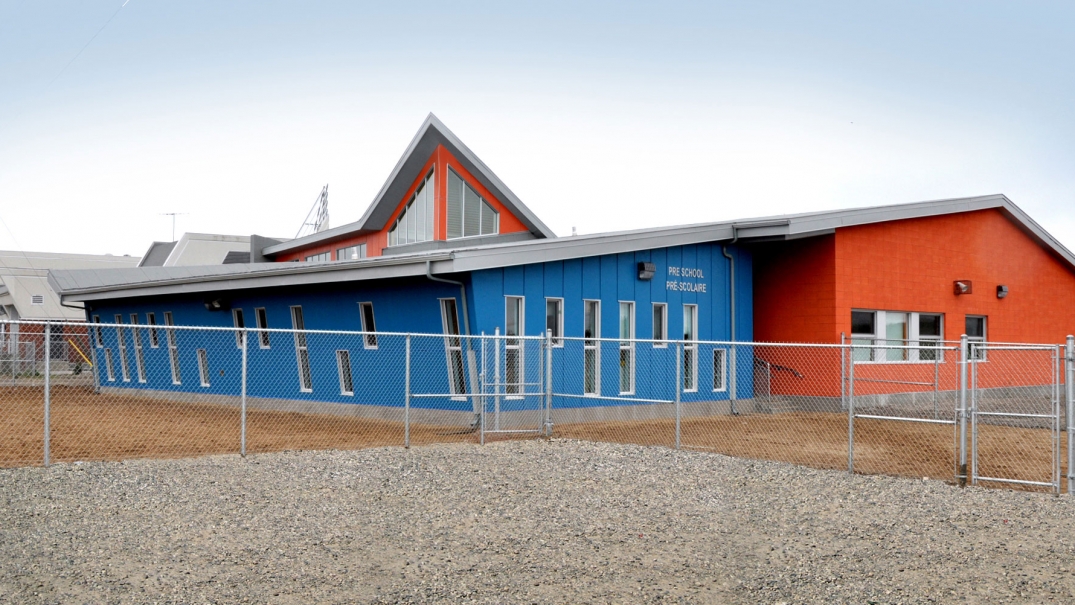 Eeyou Wabannutao School, part of the Cree School Board, is located at Eastmain, in Northern Quebec. Before this annex was built, the existing school had all elementary and high school students together under the same roof.
Share 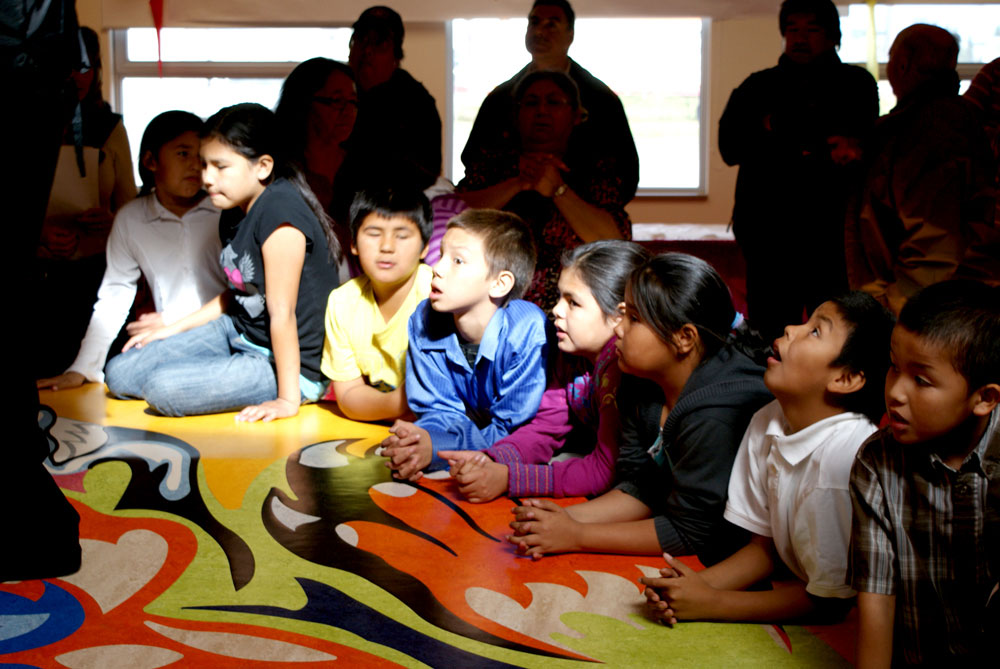 To deal with fast-growing demand and to avoid cohabitation between these two groups with their often conflicting requirements, it was decided in the late 2000's to expand the school, which had become too small. The location of the new annex was chosen to give children from both school groups direct access to the gym, which separates the elementary and high school sectors. Access to the library and to the other places serving all students is provided by an indoor corridor alongside the gym. 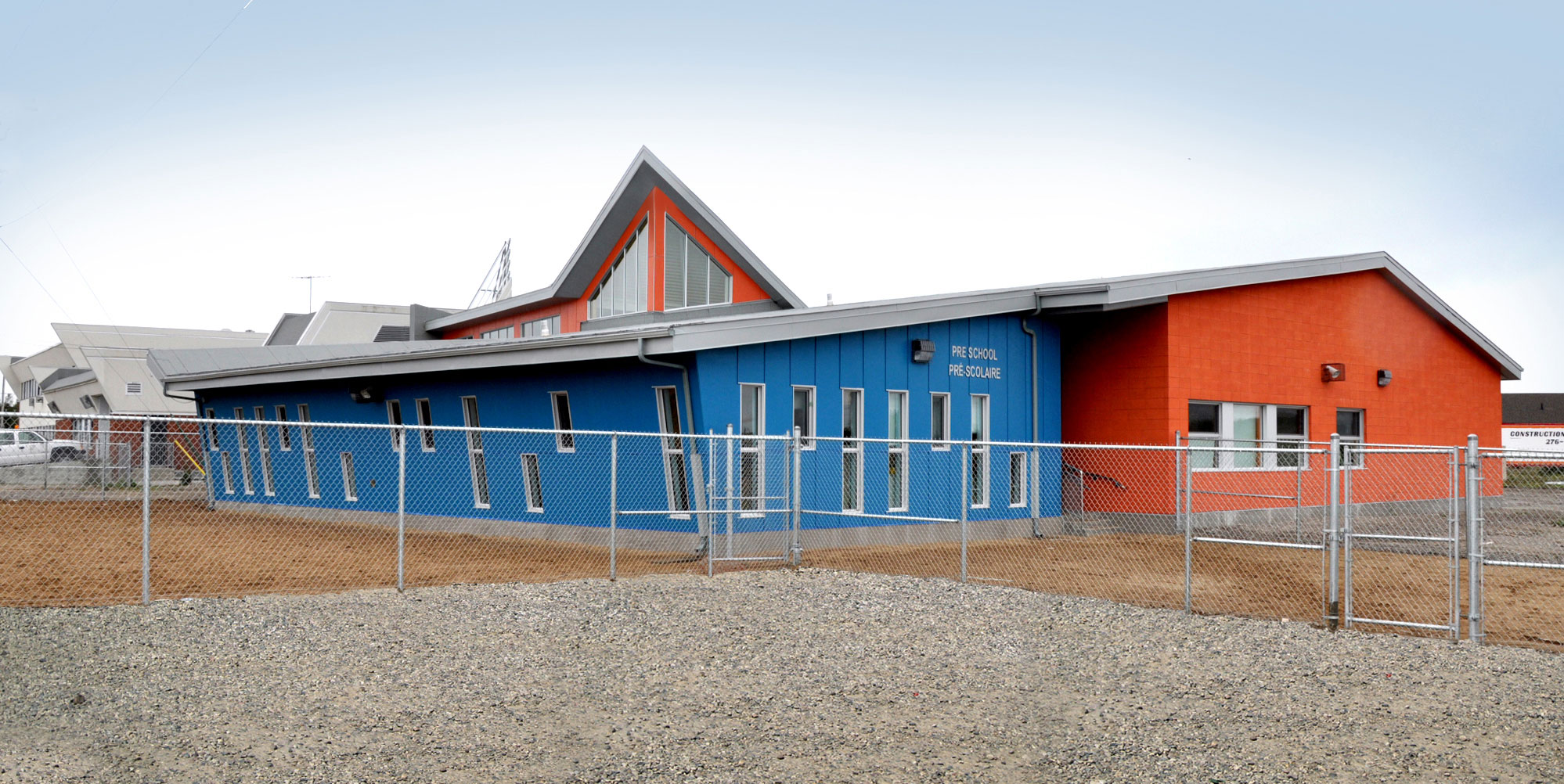 The 14,370 sq. ft. expansion, built on piles, includes the teachers’ room, two spaces for pre-school groups, seven classrooms for the elementary level and a multipurpose space opening onto the new entranceway. This space is also used as a gathering place or an additional classroom when closed in. The architects’ mandate also included rearranging the offices and renovation of an adjacent pavilion used for adult education.

When the project was being designed, special care was taken to maximum the use of natural light, something of vital importance in northerly latitudes with a minimal daylight hours during the long winter period. The large, bright traffic flow spaces were designed to be appropriated and used by children in various ways. Both indoors and outdoors, bright colours were emphasized, contrasting with the surrounding landscape. 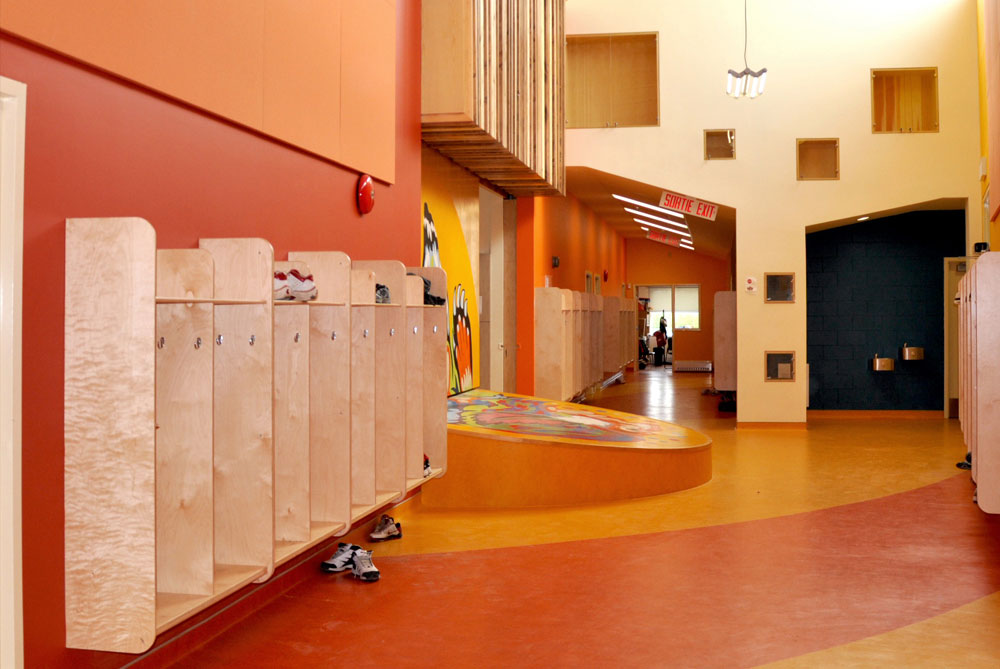 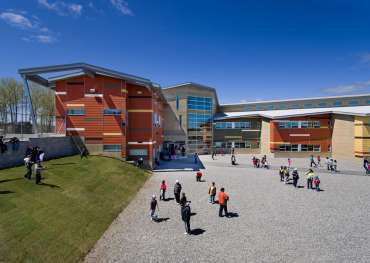 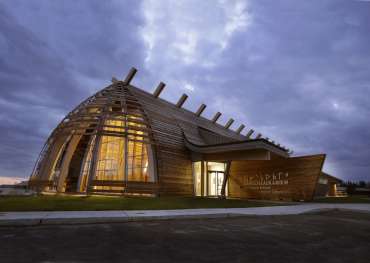 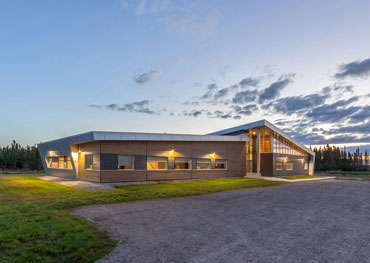