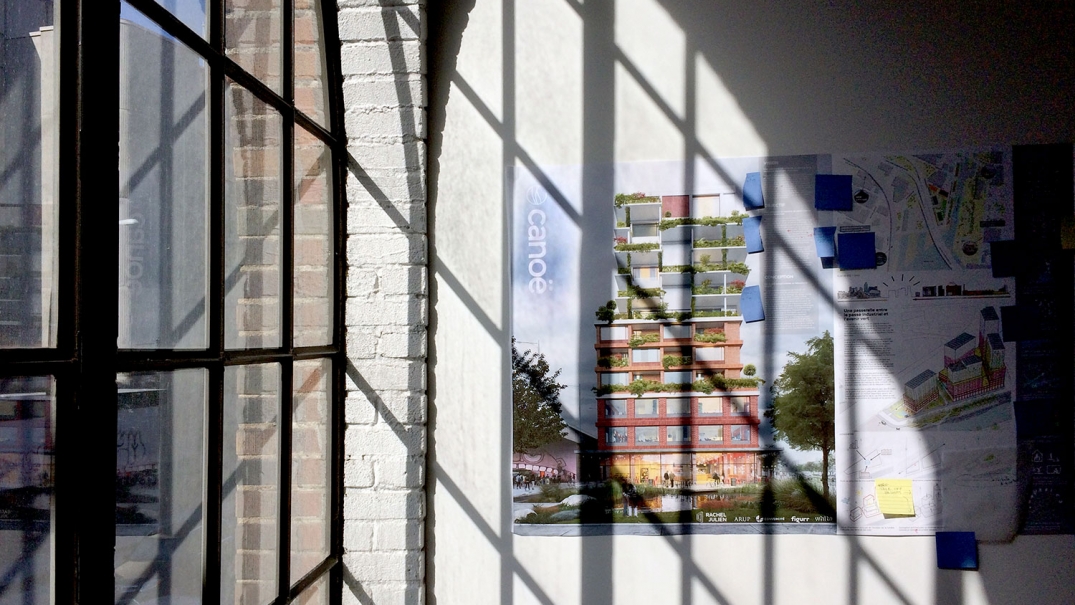 Our Vision to Reinvent Montreal - C40

When we first entered C40 Reinventing Cities, the opportunity to become an agent of change in our very own city was something that, within us, created excitement and a drive we could not ignore. We could potentially make an impact on climate change by designing and building a carbon-neutral site in Montreal’s Griffintown which could become a model for the rest of the city. We could not pass this up.
Share 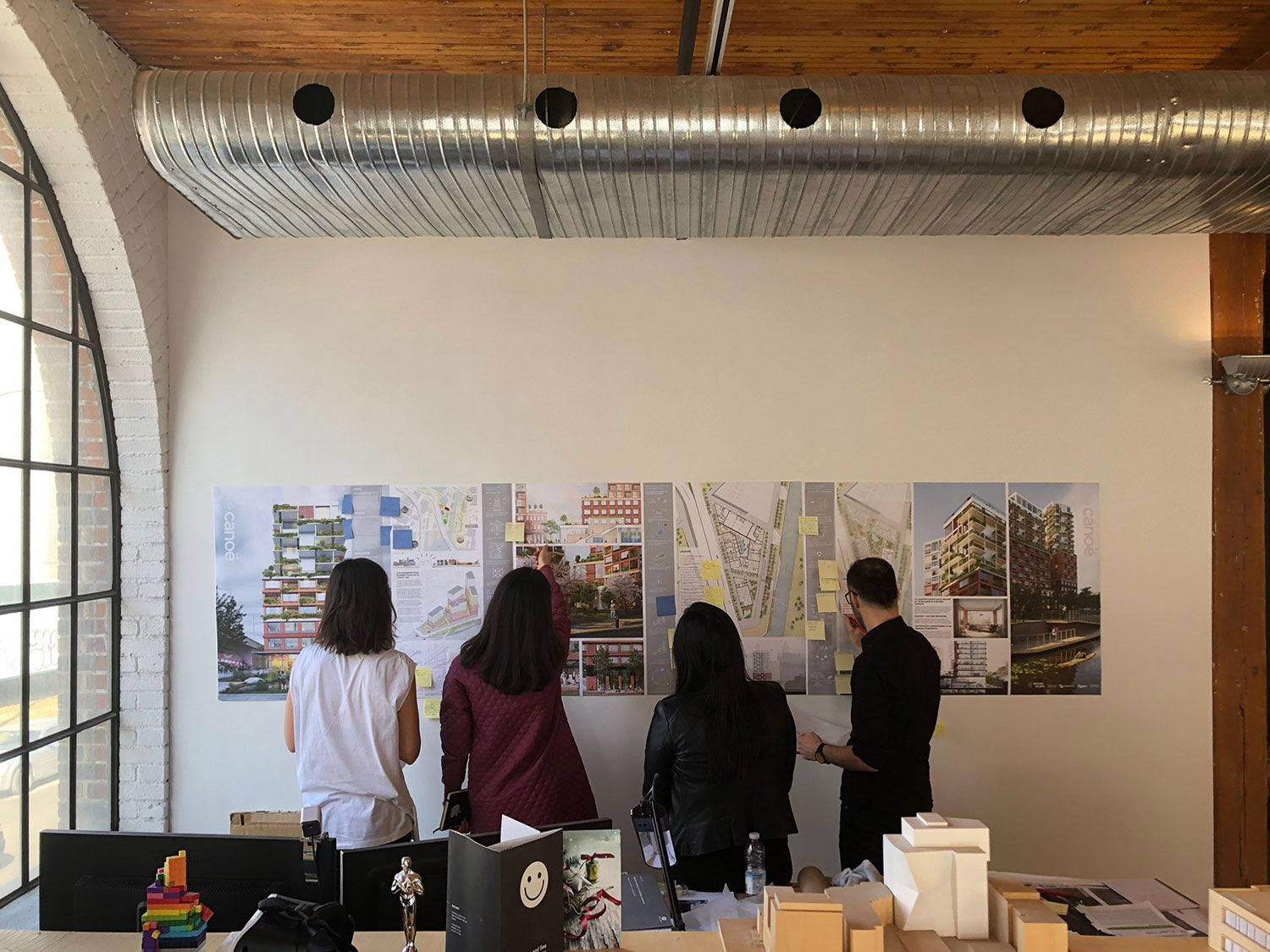 We got to work right away and began to assemble a team of incredible professionals, both locally and internationally, who shared that same passion and excitement and before we knew it, the ideas were already beginning to come to life. We were shortlisted after the first phase of the submission and were now facing two other powerful teams for the chance to see our vision become a reality.

For the next year, countless hours of planning, discussing, meeting, designing and re-designing were spent on this project which became known as CANOË Montréal. Despite several teams being split across several time zones and offices, we managed to rally everyone successfully to solidify our plan of drastically reducing the carbon footprint by building and reimagining this urban development. A 250-page document was produced, outlining all our innovative designs, ideas and solutions, but most importantly provided the data from countless studies of the site which were performed by our team of partnering engineers which would prove that this project would, in fact, create a significant impact for the better on not only our city but long-term, on this planet as well. 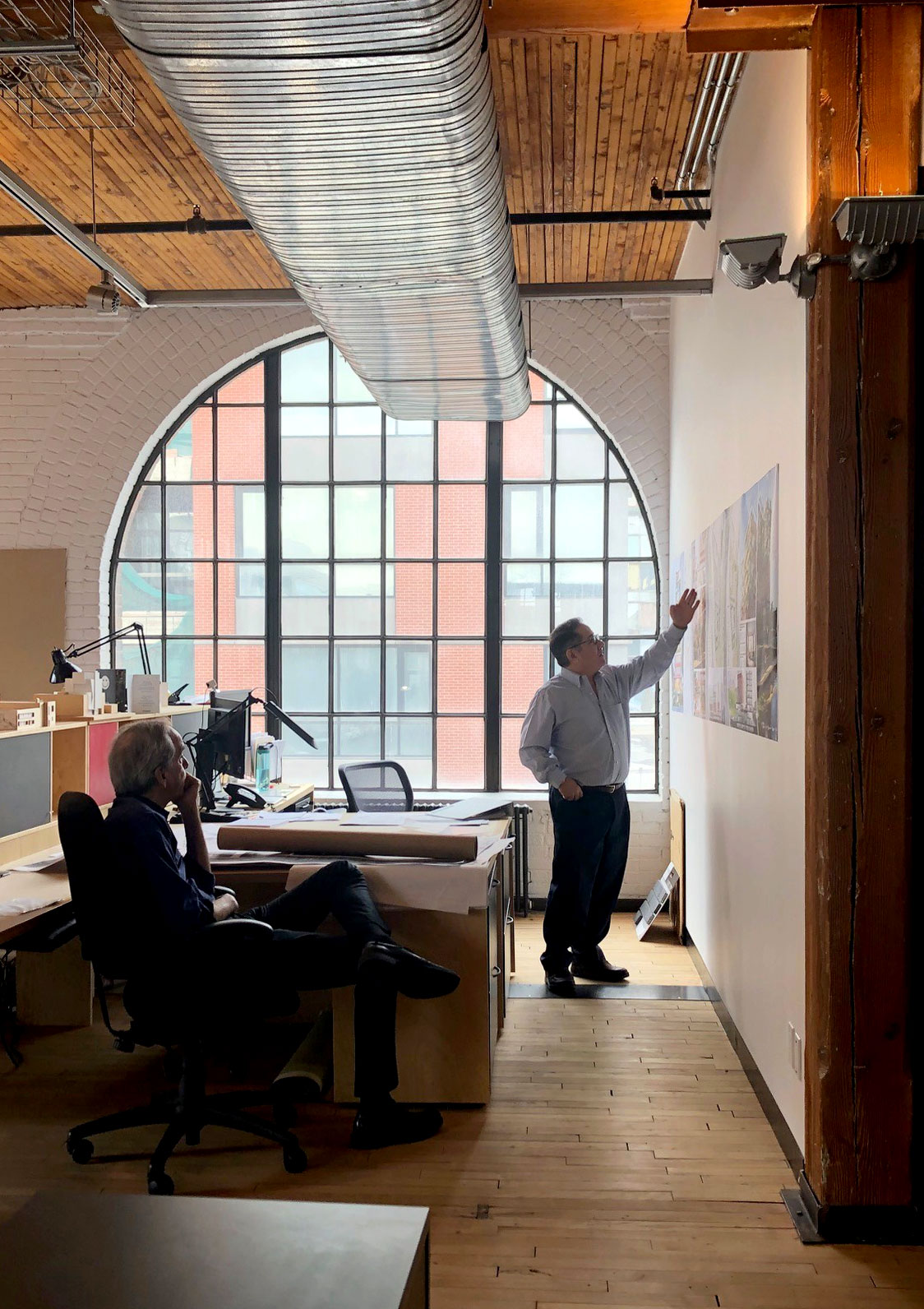 The time finally came to present CANOË to a jury and to the public where our team confidently shared all our hard work. The other teams also shared in the excitement and you could tell that we all had the same goal – to intentionally build for our future generations. 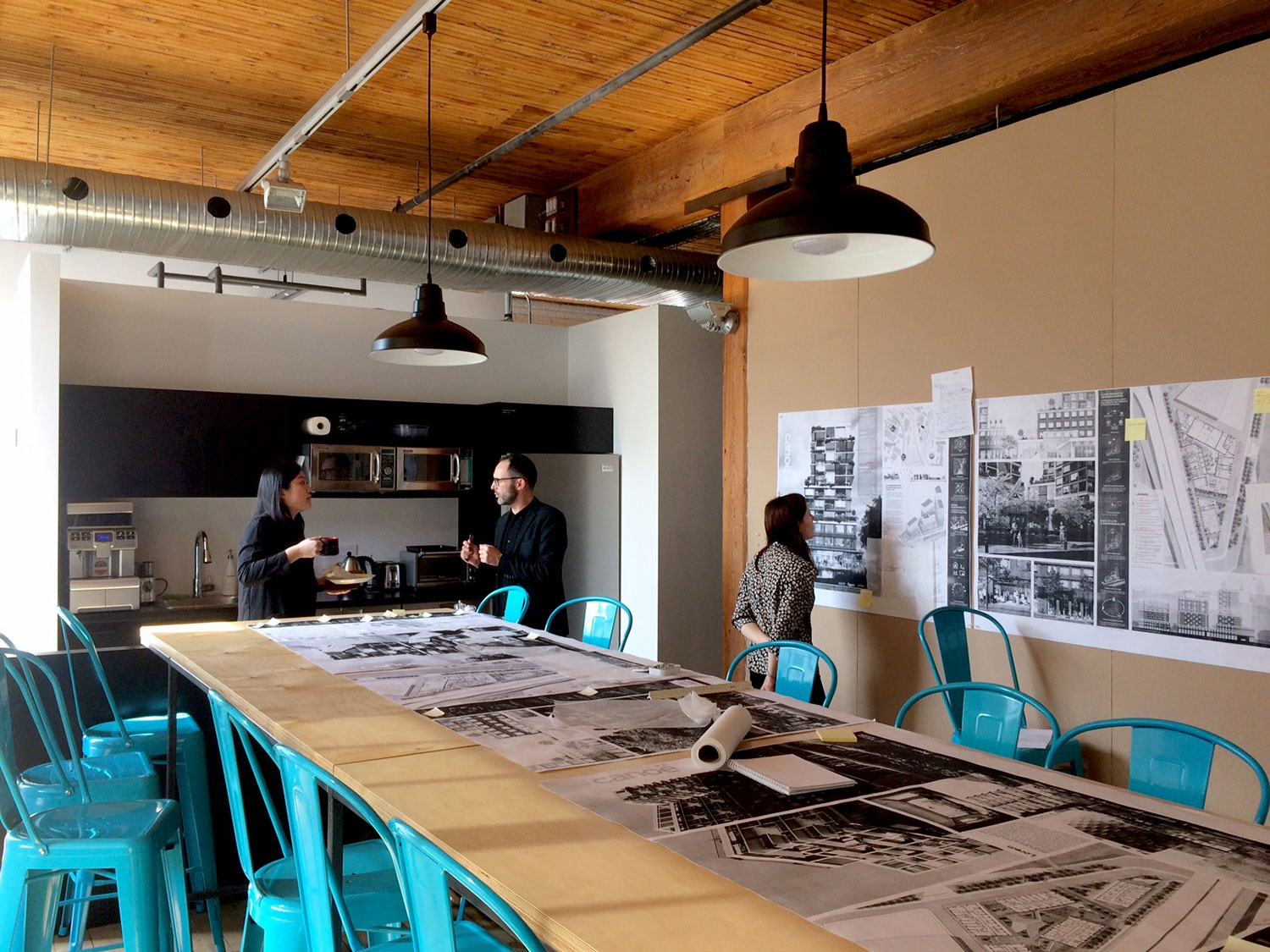 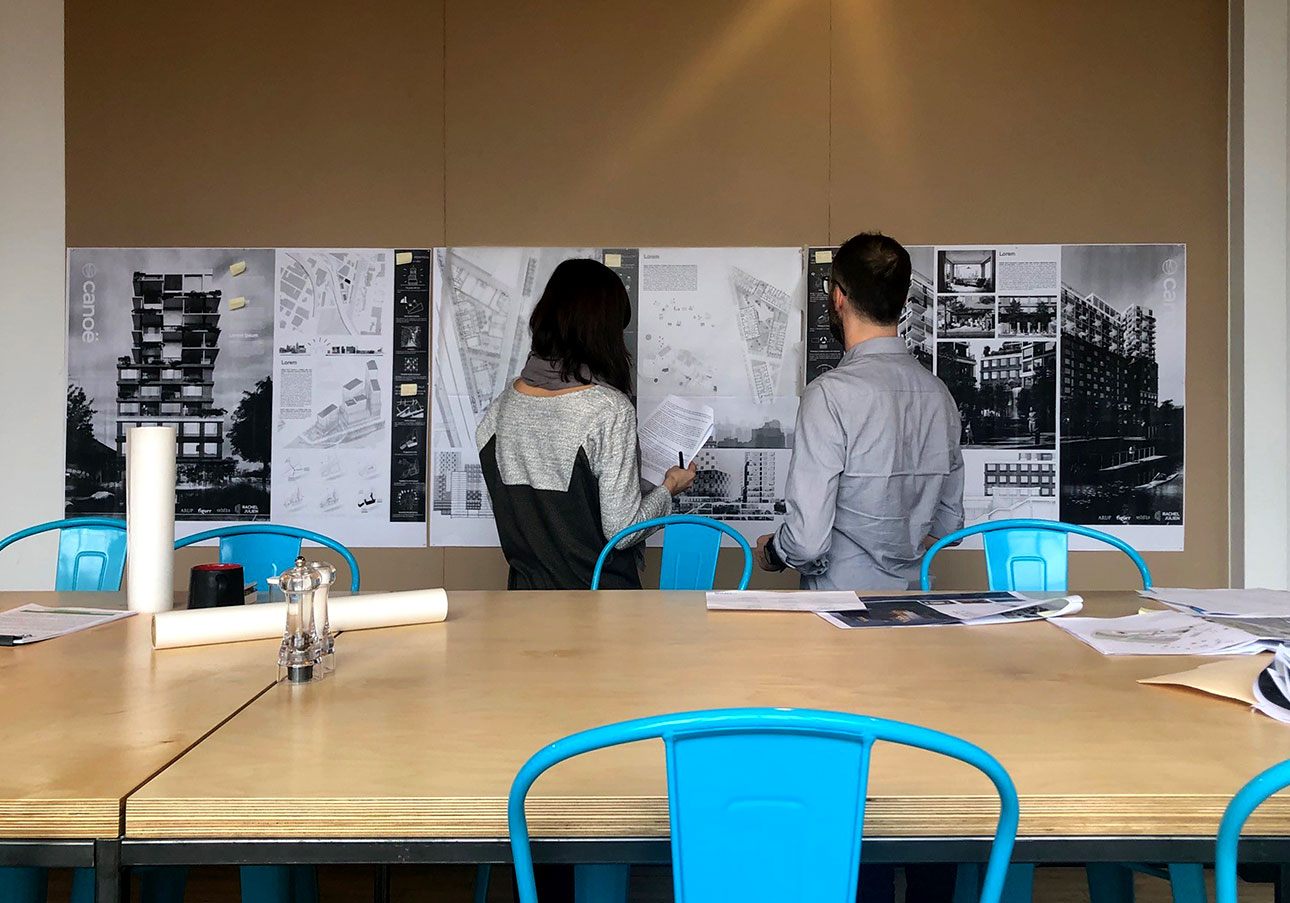 Although our project was extremely well-received, our project was not chosen in the end however, we remain proud to have been chosen as a finalist from a field of many outstanding entries. What we are the proudest of are the further lessons we’ve learned about sustainability through this process. That invaluable knowledge has now helped us become better architects who, moving forward, will build an even better world for those to come. 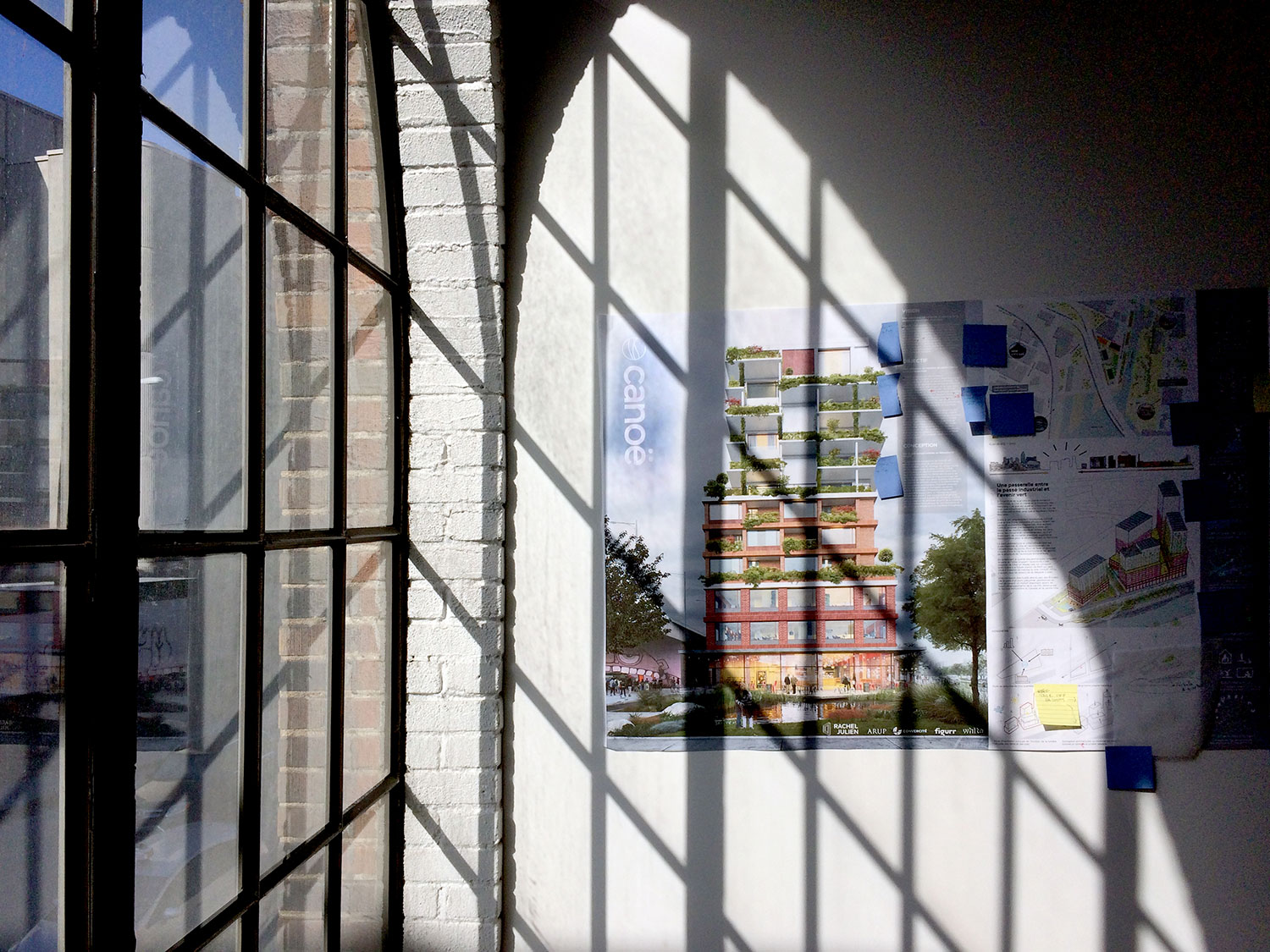